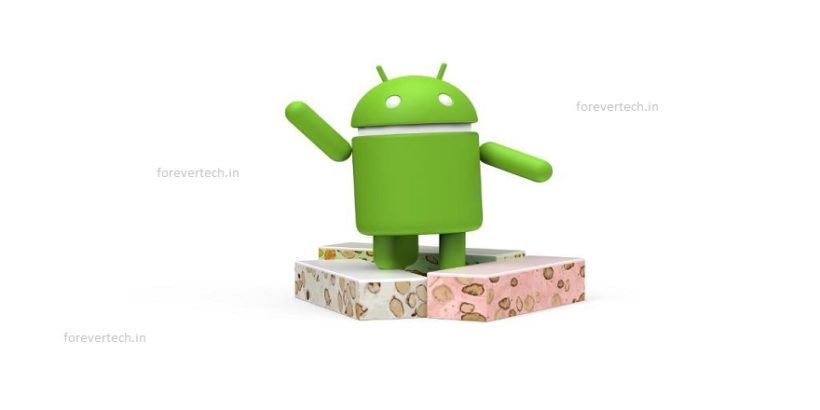 The wait is over, and once again we have a new version of Android to look forward to, complete with a name that honors yet another sweet treat… I think. Android N will heretofore be known as Nougat, which is, uh, what the heck is nougat again? Are there no other awesome “N” treats?

Just to be clear, the Cambridge Dictionaries Online defines nougat as “a hard chewy white or pink sweet food, usually containing nuts.” Perhaps the most famous nougat-based treat is a Snickers bar, but 3 Musketeers and Baby Ruth also count, as do a wide variety of nougat treats that show up in sweet shops and bakeries around the world.

So nougat is a legit dessert, to be sure, but it just doesn’t have the same sort of worldwide name recognition or broad cultural gravitas as other Android monikers like Jelly Bean and Ice Cream Sandwich — plus, it involves endless chewing and gets stuck in your teeth. Even though the new name may baffle some, it was apparently chosen from suggestions submitted by the public for the first time.

Eight other “N” treats that have a better ring:

Nesquick – Pour a little of this chocolate-y goodness from childhood in your milk to convert it from boring to awesome… much like pouring a certain operating system into a mobile device converts it from a brick to a mini miracle machine.

Nutella – Just a little bit of cocoa and a lot of hazelnuts go a long way. This dessert was born out of the supply shortages of World War II, giving it a worthy origin story.

New York Cheesecake – This was the original code name for Android N, which disqualifies it from being the official version name. That’s unfortunate for the missed Frank Sinatra tie-ins alone.

Nectarine – Most of the Android version names so far haven’t exactly been the healthiest options around; I say the time for some natural sweetness in the form of delicious fresh fruit has come.

Neapolitan Ice Cream – Android has taken so much heat for fragmentation over the years, choosing a name that honors the unification of three classic flavors could be a big first step to showing a commitment to addressing the issue.

Necco – Remember this stuff? It was basically like chalk you could eat. If Crystal Pepsi is coming back, perhaps it’s time to bring this one back, too — and an ideal way for Android to show that it’s hip and down with the retro ’90s trend.

Necco – Remember this stuff? It was basically like chalk you could eat. If Crystal Pepsi is coming back, perhaps it’s time to bring this one back, too — and an ideal way for Android to show that it’s hip and down with the retro ’90s trend.

Nerds – This is the obvious choice for so many reasons. Android KitKat proved Google isn’t allergic to using a brand name candy, and what better tribute to pay to its fanboys and girls everywhere?